Making of a Child Psychiatrist (56): The General Practitioner (1)

If I was more active and enthusiastic in our new home, it also spilled over into the practice. Dr. Bowie had ‘bequeathed’ his ancient walnut veneer desk that had been there all through his 30 years of practice. It did not come with chairs, so I had had to purchase four standard office chairs – one for me, one for the patient, one for a partner, and a spare.
It became obvious very quickly that I needed an examination table; apparently my predecessor had never used one. So I designed and built a simple sturdy couch, with a chest and headpiece that could be raised from flat to several heights. We built it at a height to suit Jan being able to climb onto it without steps. I ordered the wood from the local yard, and Jan bought some 2-inch thick foam and some sturdy washable thickly padded vinyl covering material. Together one Saturday we covered the table, using buttoned nails all along the edge. The result was very satisfying, and was never to let me down. Well, there is the basic principle in Medicine is ‘Primum Non Nocere’ (first do no harm)! It would have been very embarrassing to have an elderly man, or a pregnant young woman involved in an accident caused by the doctor’s poor woodworking skills. I was so proud of this piece of work, and it proved its worth in the antenatal clinics, but also in several other cases.
As an example, a middle-aged gentleman came in to one surgery late one evening. He asked for a repeat of his cream for his piles. He actually was the patient of one of the senior doctors in the practice, but I did the right thing and asked him about pain and bleeding. Yes, he had both, and thought he might have lost a bit of weight, and the cream did not seem to be making much difference, except it was ‘a bit soothing’. I asked if my colleague had examined him? He looked a bit affronted, asking: “What, down there?” “Yes, down there” I responded. “Oh no, nothing like that” he said. I suggested we just check things out, and asked him to pop up on my new couch. He looked slightly anxious (as men usually do), but did not object. He turned away from me, pulling his legs up, and I could see immediately from the staining on his underclothes that he had been bleeding. Having donned a rubber glove and added some KY jelly, I did the right thing, checking for the size of his piles, and possibly something else. I could feel the mass off to one side about 3 inches in, and when I removed my finger the glove was covered in blood which sort of christened my examination table. “John,” I said, “I have some bad news. You have a tumour down there, and I think it and you need to see a surgeon, and fairly quickly.” He nodded, saying he ‘had wondered’, but the other doctor had told him not to worry. I phoned the hospital and discussed the situation with the on call registrar who discussed it with his boss. The surgeon agreed it was urgent and arranged admission for the next day.
I assumed my colleague had received the post operation reports, and would follow up, so I did not see John for a couple of months, although the district nurse had told me he was ‘all healed up and doing well’. One afternoon he asked the reception staff to add him to my home visit list; despite the good news from the nurse, I was curious about how things had turned out. John was clearly pleased to see me and, beaming, he brought out the tea and biscuits. Eventually, the conversation got to “You know, Doc, you saved my life and I will be forever grateful.” I blustered something like ‘only doing my job’, and he pounced on that, savouring the words as he repeated them. “Yes, but that is my point; you did your job”. We went on to discuss his recovery, and that the surgeon had been able to ‘reconnect’ him so he didn’t have ‘one of those bag things’. I joined in his mirth and relief. “Look I have been thinking, and I know you are not supposed to accept gifts, but I was wondering whether there is something I could buy for the surgery. You know, a piece of equipment or something?” You never know how generous people can be when they have survived something life-threatening, until you have worked in general practice, and of course the only clue to how wealthy they are is the size of their house or the kind of car they drive. But then these things had not really ever crossed my mind. I knew nothing about John, except that he was a widower who played a lot of golf. Anyway, after some discussion of what might be really useful, and then some haggling, and repeated assurances that cost was not an issue, John decided to buy the practice a new lightweight portable electrocardiogram (ECG). It duly arrived, and two of my colleagues and I did the training provided by the company (thus updating my old Grundytutor skills from 3 years before). It became a piece of life-saving magic. All I had done was to remember an old saying from clinic teachings: “If you don’t put your finger in it, you put your foot in it.”


Life was not always as dramatic as that, or my earlier case from St. Nicholas. Mostly, especially in winter, surgery is full of people with chesty coughs or rashes, or people requiring repeat prescriptions for all sorts of problems diagnosed by other doctors or clinics. There are people who want to lose weight, and others who want to put on weight; people who want to get pregnant, and others who wished they had not. In addition to all of that I would be told stories about the lives of those under my care; sometimes they were poignant and at other times quite sad. In a small town, surrounded by small villages, you come to know who might be related to whom, and how they get on (or not). But you cannot play favourites, and not all patients are nice. Sometimes you have to treat the perpetrator of domestic violence, or one of the local drunks, or someone you know who is cheating on their husband. Mostly you are obliged to hold the information inside, and do nothing that would rock the boat or alienate someone struggling in their own way. You learn to be tolerant, accepting and do whatever is necessary to develop or maintain trust. But once in a while you do have to act. More of that tomorrow.
Posted by Unknown at 4:43 PM No comments:

Taking Charge: A journey of Recovery from Transverse Myelitis

This book is 250 pages of wry humour about the problems of developing paralysis from Transverse Myelitis.
You WILL enjoy it (even if some of it makes you feel uncomfortable). 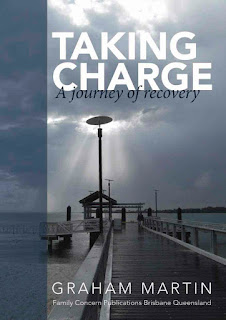 Taking Charge: A Journey of Recovery (in pdf)
Posted by Unknown at 4:05 PM No comments:

Our latest article on self-injury and medical students

This article was published yesterday.
It is one of a series of articles focused on so-called non-suicidal self-injury which may be a good starting point to intervene in the pathway to suicide. 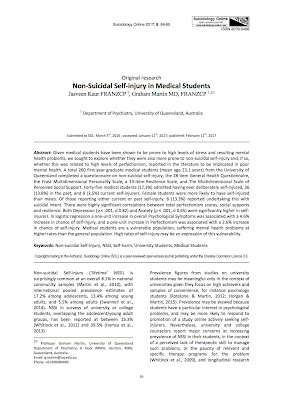 Seeking Solutions to Self-injury: A Guide for Young People (pdf) 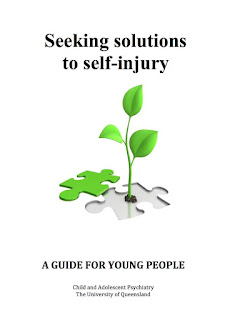 Posted by Unknown at 3:37 PM No comments:

Victory is mine
I can almost taste triumph
How does this key work?

What does the pack say?
This tastes almost like mango
Oh, it is mango

Travelling away
House must be spotlessly clean
For when we return

Friends, Romans, others
Lend me your ears if you will
Even if you're deaf

Lend a hand, my friend
Even this time of the year
People can suffer

Family kindness
Bridge to sanity and health
Down generations
Posted by Unknown at 3:33 PM No comments:

Seeking Solutions to Self-injury: A Guide for Parents and Families (pdf) 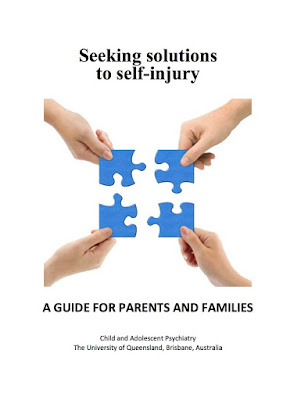 Posted by Unknown at 5:34 PM No comments:

Seeking Solutions to Self-Injury - a guide for School Staff (in pdf). 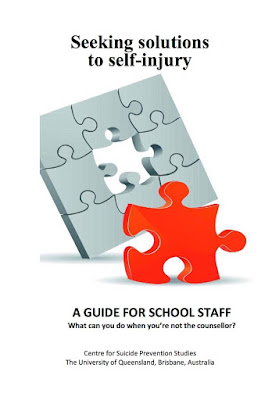 Seeking Solutions to Self-Injury - a guide for GPs (in pdf). 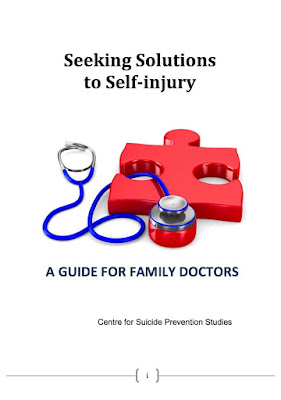 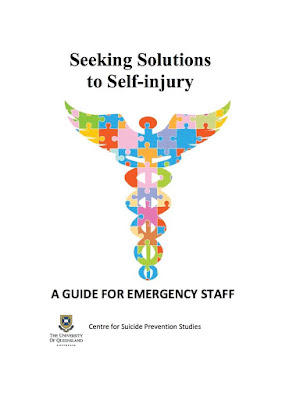 http://www.familyconcernpublishing.com.au
Great book; small price to pay for download.
Posted by Unknown at 6:32 PM No comments: