Haiku on Close/ Believe/ Tell/ Nothing

Children brought up close
One travels Spain, one Japan
Third in Korea

Please tell me the truth
Does this suit make me look fat?
Do not answer that...

The still of the night
Nothing moves in the darkness
Except you, breathing
Posted by Unknown at 10:15 AM No comments: Links to this post 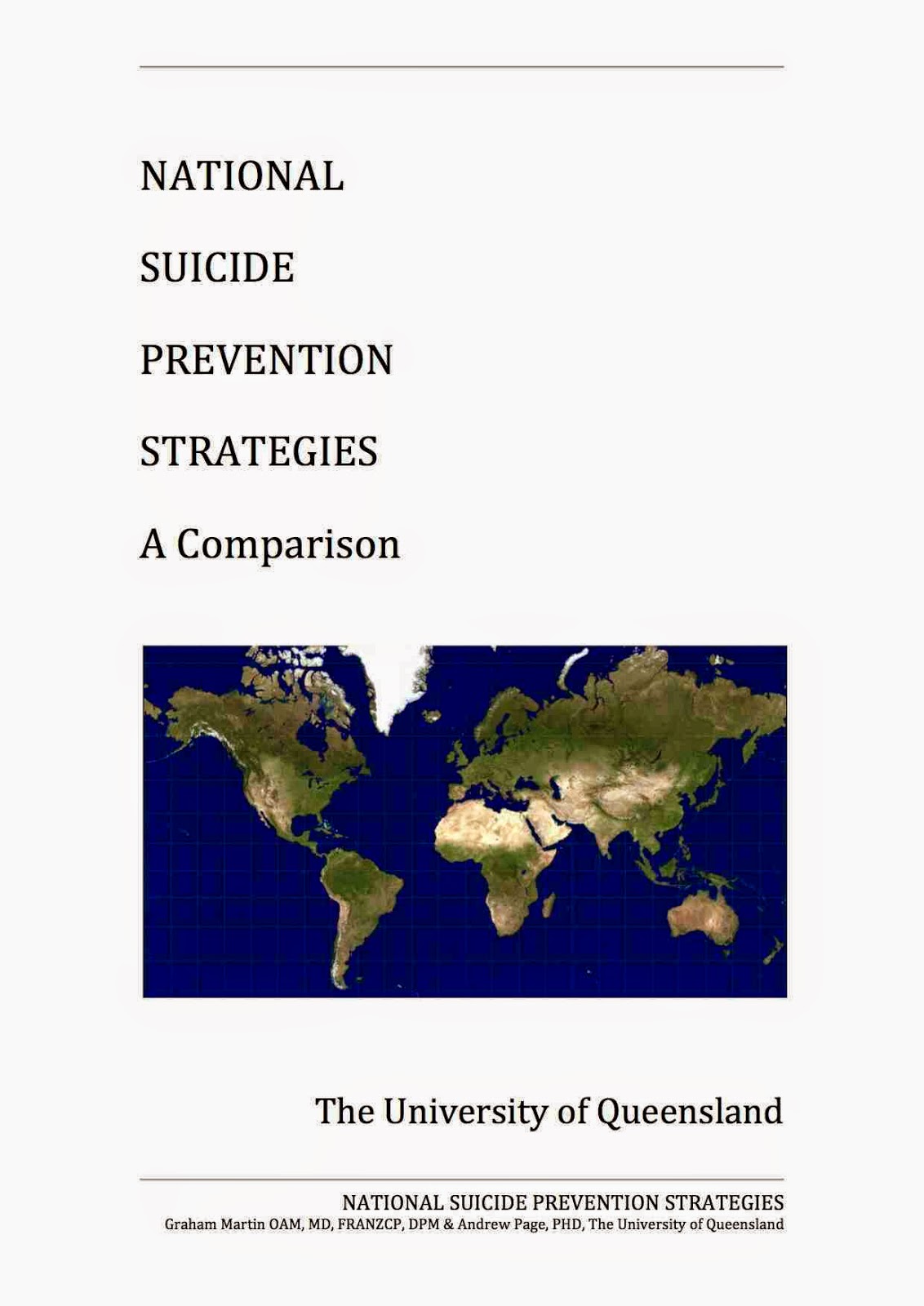 Seeking Solutions to Self-injury: A Guide for Family Doctors

OK, we realise you are busy.OK, we know you have far more important things to do.But if you manage self-injury in a positive solution-focused way, your patient will thrive, your consultation will be brief and successful, they may not have to return for further care, and you may have saved a life.How to manage self-injury, self-harm and suicidality in your practice. Real Solutions and practical strategies for Self Injury. A brief guide for family doctors, written in straight forward language. 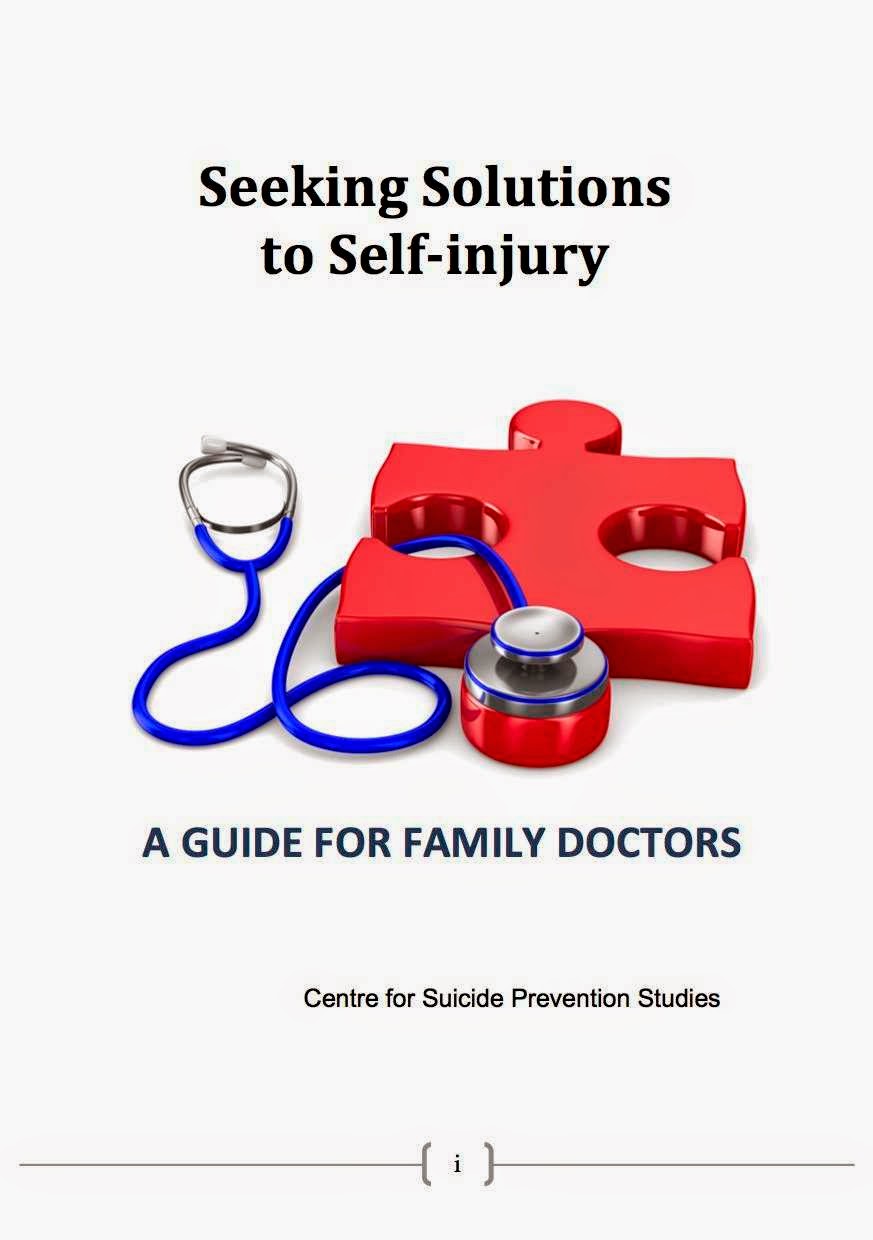 http://www.familyconcernpublishing.com.au/products-page/
Posted by Unknown at 11:56 AM No comments: Links to this post

Seeking Solutions to Self-injury: A Guide for Emergency Staff

OK, we realise you are busy.
OK, we know you have far more important things to do.
But if you manage self-injury in a positive solution-focused way, your patient will thrive, and not need to return to your emergency department.
How to manage self-injury, self-harm and suicidality in your department. Real Solutions and practical strategies for Self Injury. A brief guide for emergency staff, written in straight forward language. 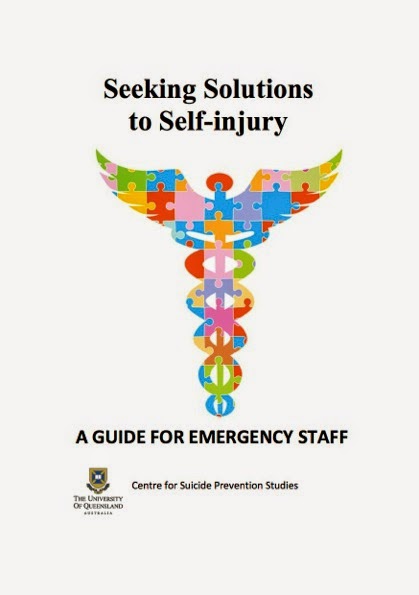 http://www.familyconcernpublishing.com.au/products-page/
Posted by Unknown at 11:51 AM No comments: Links to this post

Seeking Solutions to Self-injury: A Guide for School Staff

How to manage self-injury, self-harm and suicidality in your school. Real Solutions and practical strategies for Self Injury. A brief guide for school staff, written in straight forward language. 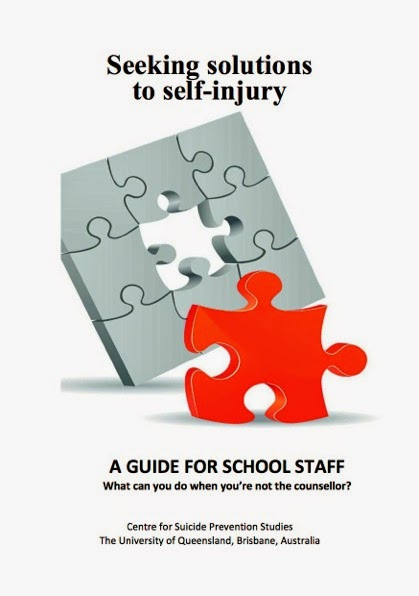 http://www.familyconcernpublishing.com.au/products-page/
Posted by Unknown at 11:46 AM No comments: Links to this post

Seeking Solutions to Self-injury: A Guide for Families

Real Solutions and practical strategies for Self Injury. A brief guide for families, written in straight forward language. 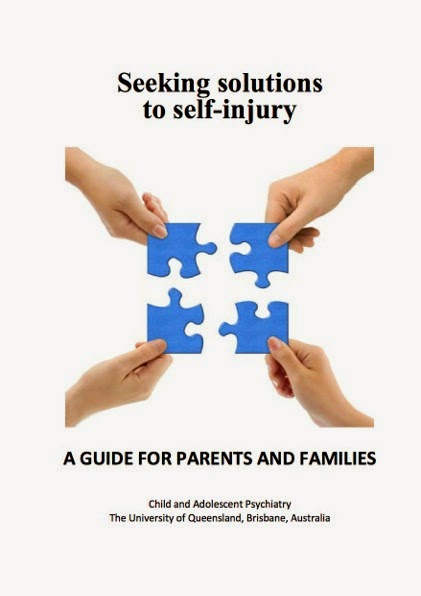 http://www.familyconcernpublishing.com.au/products-page/
Posted by Unknown at 11:41 AM No comments: Links to this post

Seeking Solutions to Self Injury; A Guide for Young People

Real Solutions and practical strategies for Self Injury. A brief guide for Young People, written in straight forward language. 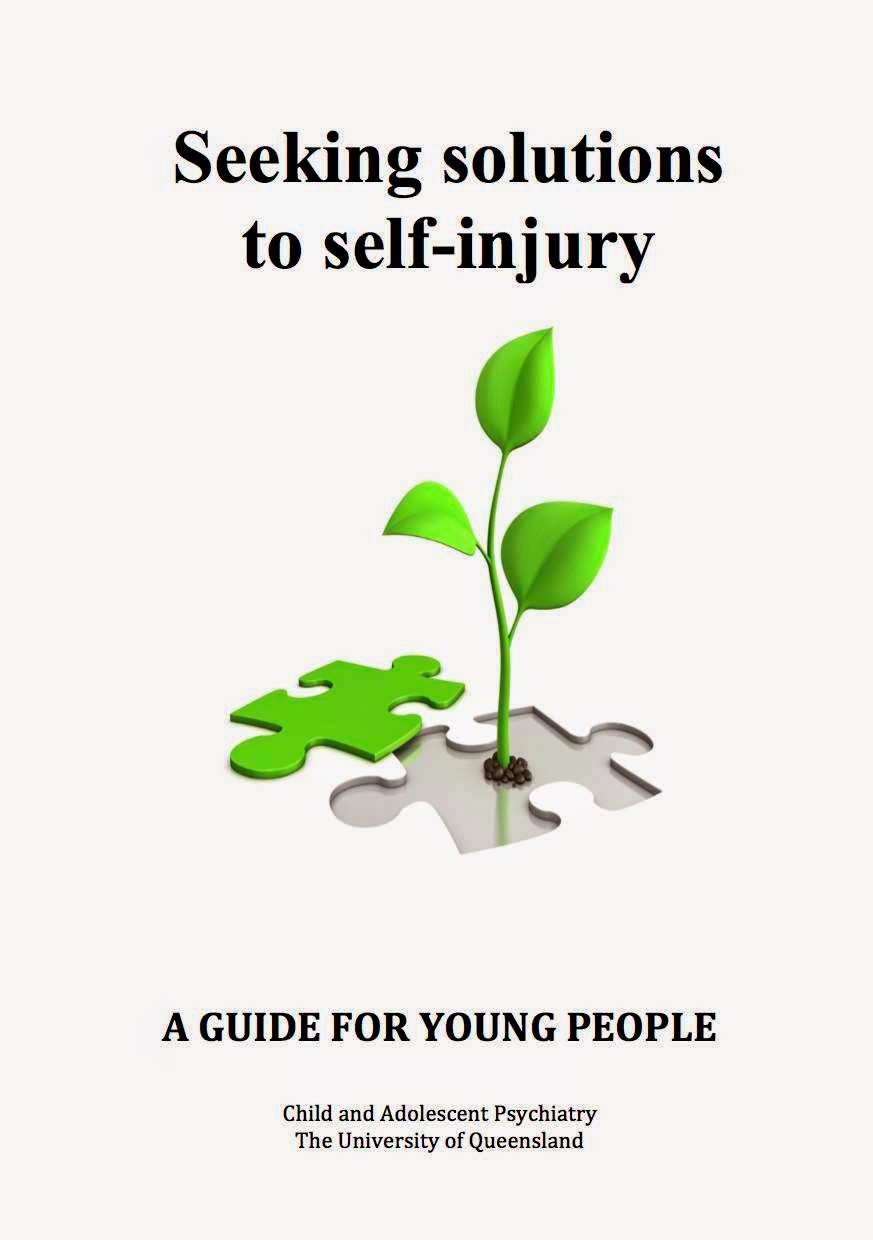 http://www.familyconcernpublishing.com.au/products-page/
Posted by Unknown at 11:39 AM No comments: Links to this post

Child Suicide in Australia; however does this happen?

Child deaths from suicide (9-14 years) appear to be a hidden problem, which may well be increasing in Australia. A ‘Trends and Issues’ Paper (No 19, Commission for Children and Young People and Child Guardian (CCYPCG), January 2014), reported on a total 169 suicide deaths of children and young people registered in Queensland between 1 July 2004 and 30 June 2013 (9 yrs) and drawn from the Queensland Child Death Register (2004–13). Unfortunately, the CCYPCG ceased operation on 30 June 2014, and its functions moved elsewhere (http://www.ccypcg.qld.gov.au) as part of the implementation of far-reaching recommendations from the Queensland Child Protection Commission of Inquiry (Carmody Review). (http://www.childprotectioninquiry.qld.gov.au/__data/assets/pdf_file/0017/202625/QCPCI-FINAL-REPORT-web-version.pdf) As a result, the ‘Trends and Issues’ Paper No 19, is complex to find on government sites, but is available for download elsewhere. (http://www.iasp.info/pdf/web_resources/child_deaths_prevalence_of_youth_suicide_in_queensland.pdf)

Do the Queensland rates differ from the national rate or from other states and territories?
It is complicated. Queensland figures are from 1st July to the following end of June, while ABS figures are specific to a given year. The latest report from the Australian Bureau of Statistics (http://www.abs.gov.au/ausstats/abs@.nsf/Lookup/by%20Subject/3303.0~2012~Main%20Features~Age~10010) is from beginning 2008 to the end of 2012 (5 years), for ages 5-14 years, with a total of 57 suicides from all states and territories, 14 from Queensland. The equivalent number for the same 5 years in the CCYPCG report could be up to 26 deaths, so there may be a disparity.

Northern Territory
A thorough report from the Northern Territory demonstrates marked increases in child and youth suicide, but covers the period 2006-1010, and does not overlap the ABS period reporting (http://www.childrenscommissioner.nt.gov.au/pdfs/other_reports/nt_youth_suicide_public_release_final_with_ISBN.pdf).

After an extensive online search, I cannot find parallel figures for Victoria, Western Australia, Tasmania or the ACT. If anyone can point me in the right direction, I would be very grateful.

The National Children’s Commissioner, Ms Megan Mitchell, has recently completed a national consultation on how children and young people under 18 years can be better protected from intentional self-harm and suicidal behaviour.(https://www.humanrights.gov.au/about/commissioners/ms-megan-mitchell-national-childrens-commissioner) Findings are scheduled be reported in her 2014 Statutory Report to Parliament. One can only hope that she has access to exact figures from all states and territories to compare with ABS data.

One real issue for child suicide is perhaps not the numbers, as much as the human tragedy. The Queensland Commissioner, in noting that half the children were known to the child protection system, suggested these children often “live in circumstances characterised by substance misuse, mental health problems, lack of attachment to significant others, behavioural and disciplinary issues or a history of abuse or violence”. This harks back to many comprehensive reports on how a child can get to the point of suicide. In one of the earliest, David Shaffer (1974) found the most common precipitants were conflict or a ‘disciplinary crisis’ with parents, teachers or police, fights with peers or friends. Annette Beautrais (2001) reports somewhat more complexity, while Dervic and colleagues (2008) note that precipitants may be less easy to identify and child suicide seems to have a brief stress-suicide interval.
If this latter point is true, then more or better services may not solve the problem; we may not get to see the child in time to assist change. We need to focus our prevention efforts more broadly on assisting parents to understand the consequences of trauma, and make changes. We also must assist schools to improve their efforts toward adopting more social and emotional learning programs aimed at helping children toward better mental health, with strategies like mindfulness to work through conflict and trauma.

Wake up.
Look around.
Start a conversation.
Caring is the thing that makes us human.
Posted by Unknown at 11:20 AM No comments: Links to this post